According to the Broward County Sheriff’s Office. on August 17, 2021 at approximately 9:30 p.m., two vehicles approached the intersection of West Oakland Park Boulevard and Powerline Road in Oakland Park, The first vehicle, a Chevy Cavalier, was heading west; the second vehicle was a Kia Forte heading east. Both vehicles had a green… Read More » How Distracted Driving Can Lead To Serious Car Accidents

Car accidents are often the result of driver negligence. One of the more common forms of such negligence is distracted driving. This broadly refers to any situation where a driver’s attention is not fully on the road for some reason. For example, if the driver is looking at their smartphone or fiddling with their… Read More » 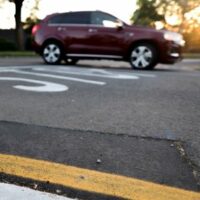 What Is A Florida Driver’s Duty Of Care When Making A Left Turn At An Intersection?