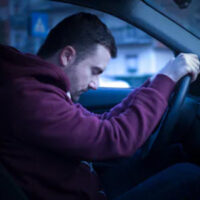 Everyone knows that drunk driving is dangerous. Unfortunately, not everyone understands the dangers of drowsy driving. Did you know that driving while tired or sleepy can be just as dangerous as driving while intoxicated? As shocking as it might be, research has found some similarities between how drowsiness and alcohol impairs a driver’s ability to drive safely.

Generally, it is easy to measure alcohol impairment. But, telling whether someone was drowsy driving can be a challenge, especially because most people do not easily admit to drowsy driving. Because of this, traffic safety, sleep science, and public health communities believe that the impact of drowsy driving is usually underestimated. Experts believe that often, drowsy driving accidents are mistakenly attributed to other factors. Research suggests that as many as 6,400 fatal crashes annually are likely to involve drowsy driving.

Why Is Drowsy Driving Dangerous?

Drowsy driving poses a huge threat to drivers, passengers, pedestrians, and other road users every day. According to SleepFoundation.org, in addition to the risk of falling asleep behind the wheel, sleepiness or tiredness has serious effects on a motorist’s judgment, attention, coordination, decision-making, reaction time, and vigilance. Drowsy drivers might find themselves having difficulties maintaining the right speed and distance from other vehicles. Also, drowsy drivers might find themselves weaving back and forth between lanes. Such things increase the likelihood of an accident.

In summary, drowsy driving is dangerous because drowsiness;

It is important to note that even short-term or mild sleep deprivation can negatively affect your driving ability. According to the AAA Foundation for Traffic Safety, individuals who sleep six to seven hours a night are two times as likely to get involved in a drowsy-driving-related accident than those who sleep 8 hours or more. On the other hand, those who sleep less than 5 hours increase their risk of a drowsy-driving-related accident four to five times.

If you, your loved one, or a friend were involved in a drowsy-driving-related accident, contact the skilled Plantation car accident lawyers at Lyons & Snyder today to discuss your case.

By Lyons & Snyder | Posted on October 26, 2021
« Why Take Pictures After A Car Accident?
Who Is At Fault In A Florida Side-Impact/T-Bone Accident? »