How The Courts Look At Bicycle Crashes 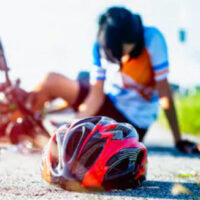 Accidents involving bicycles can be devastating and life-altering.   Bicycle laws can be complicated, even for professionals.

In 2019 alone, there were 843 fatalities from bicycles crashing into motor vehicles, as reported by the IIHS.   What were to happen if you were involved in a bicycle accident?   In today’s post, we will be answering that question for you.

Florida treats bicycles as regular vehicles while on the road, and cyclists as regular drivers. This means that all standard traffic rules and laws apply to them while they’re driving their bicycles on a road or other public property.

The laws applying to bicyclists’ change depending on the place that they are being operated. For instance, if a bicycle is being driven on a sidewalk (as opposed to a roadway), the normal pedestrian laws would be applied.

Cyclists are also required to use fixed, standard seats for their bicycles. The bicycle must also not carry more people than the number it’s supposed to carry. These, along with other road safety and traffic signal rules, must be adhered to by the riders.

How The Law deals With Bicycle Accidents

A cyclist on the roadway is similarly treated as a standard driver of a motor vehicle.   As a result, crashes are dealt in a similar manner. Florida is a no-fault state.  This means that your auto insurance (PIP) pays for 80% of the first $10,000.00 in medical bills regardless of which party is at fault.  The at-fault party would be responsible for past and future medical bills, past and future lost wages and past and future pain and suffering.

How Long Would It Take For Your Claim To Be Settled?

Although some insurance claims can take as little as a few weeks to settled, other claims take many months or years to settle – especially claims involving serious injuries.

Were You in a Bike Accident Here in Florida?

Dealing with a bicycle crash can be a taxing ordeal, and you definitely won’t want issues in court or with your insurance company while you recover from your injuries and trauma. Hiring a lawyer to deal with these issues will not only lift off a huge burden off of your shoulders but also ensure that you receive the highest amount as compensation for your losses. If you need a Plantation personal injury attorney to settle your bicycle accident claim, please reach out to Lyons & Snyder by filling out our contact form to schedule a free, no-risk consultation today.

By Lyons & Snyder | Posted on April 15, 2021
« A Short Guide To Children’s Car Seats In Florida
Keeping Your Child Safe on Their Bike This Summer »
Skip footer and go back to main navigation