Are You Experiencing Delayed Pain After A Car Accident? 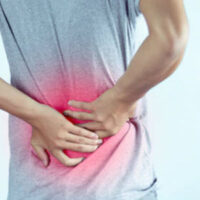 It is a common misconception that if you are injured in a car accident you will know right away. While this may be true of some injuries, such as broken bones and fractures, other injuries take longer to become aware of. In fact, it is most common for us to get calls from individuals three days after a car accident saying that initially they thought they were fine, but that the pain has now become severe to the point where they are aware it is a problem.

Why is pain delayed after an accident?

An accident is a traumatic event that triggers the fight or flight response. In the aftermath of a car accident, your adrenaline is pumping and your pain signals are dulled. This means that even if you have suffered a serious non-visible injury, such as whiplash, a herniated disk, or a soft-tissue injury, you may not be able to feel it in the moment until the adrenaline subsides. This can often take over 24 hours. Additionally, people often write off lower-level pain and stiffness after an accident for the first couple of days, assuming it will pass, and simply take over-the-counter pain medications like Advil or Tylenol to manage the discomfort. However, around day three they may realize that what they thought was just temporary and natural, is actually something more serious. Soft tissue injuries, contusions, whiplash, and other injuries often are not immediately apparent, and do take time to manifest completely. The same way you may hit your leg and not see a bruise for 2-3 days, you can be in a car accident and not witness the full effects of the physical trauma for days after the accident.

Delayed Pain to Look Out For

Although many people worry about making a scene, seeming overly dramatic, or making a big deal out of nothing, they often later come to regret not taking their initial discomfort more seriously. If you begin having any of the following pain or symptoms in the aftermath of a car accident, it is important to seek medical attention immediately.

If you suffered an injury or are experiencing pain following a Florida car accident, the best thing you can do is to seek medical attention and contact a lawyer. With offices in Plantation, Delray Beach, Key West, Lyons & Snyder Trial Attorneys have recovered tens of millions of dollars for victims of Florida car accidents. Call today to schedule a free consultation with our Plantation personal injury attorneys and find out how they can help you get the compensation you deserve.

By Lyons & Snyder | Posted on June 2, 2021
« 3 Ways To Avoid Semi-Truck Accidents
Why You Need Uninsured Motorist Coverage In Florida »