Top 3 Most Common Causes Of Fatal Injury To Children 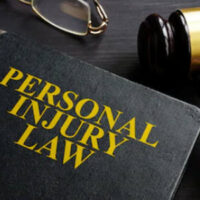 For most people, a child being seriously injured is the worst thing they can imagine. Parents often go to great lengths to keep their children safe and there are many laws designed to do this as well. Despite our best efforts, however, injuries to children are often tragically unexpected or unavoidable. In fact, over 12,000 children each year in the United States die from unintentional injuries. By familiarizing ourselves with the most common causes of these injuries we can take extra precautions. However, it’s important to understand that we can sometimes do everything right and still suffer an injury due to another person’s negligence. In that case, there are options available to help you cope with and recover from the harm caused.

Most Common Causes of Injury to Children

Talk to a Lawyer

If your child has been seriously injured as the result of someone else’s negligence, you do not have to shoulder the burden alone. Contact Lyons & Snyder Trial Attorneys to schedule a consultation today. Our Delray Beach personal injury lawyers will help you get the compensation and support that you are entitled to.

By Lyons & Snyder | Posted on June 9, 2021
« Why You Need Uninsured Motorist Coverage In Florida
Have You Been Injured In An Overturned Trucking Accident? »